Preserving Palimpsests: Dynamic Conservation in the ruins of Morocco

Tamnougalt is located in the Dra’a valley, nestled within the parched Atlas Mountains. The Valley itself has been an important avenue of trade for thousands of years. Over this time, many different political, social and cultural influences have manifested within the Ksour; the fortified village town on the edge of the oasis. Berber tribes, several Arab dynasties, and the Spanish and the French colonial occupation have all influenced the urban and architectural structure of this village.

Recent efforts to modernise the region have led to the destruction of the local farming economy. With the local date growing industry weakened, locals left to find work in larger cities, neglecting their homes in the Ksours. Many locals express a strong desire to move back into the Ksours as the homes here are cheaper to maintain, and perform better thermally in the harsh environmental conditions. Our case study centres on a ruined former family residence in the centre of Tanougalt.

Through the integration of parametric design methods and local construction techniques, we can find a balance between thermal performance and modern expectations of comfort in the Ksour. This will appeal to both locals and tourists alike, creating an opportunity for a new economic model to develop. 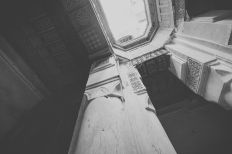 There is an argument to be made that these ksours should be preserved to retain this rich architectural heritage. However, we argue the preservation is not the same as conservation. The Ksour is a palimpsest; an urban structure formed by the constant rewriting of design strategies. Once we choose to preserve what is left, the Ksour ceases to evolve as it has been for thousands of years.

The rise of parametric design techniques within architecture is a defining feature of the current paradigm. Designs utilising these techniques are often implemented with high tech manufacturing technology, which is generally unavailable in the deserts of Morocco. By using parametric tools to design construction elements that can me manufactured locally, we can increase the thermal performance, comfort levels, and aesthetic appeal of new constructions within the Ksour. 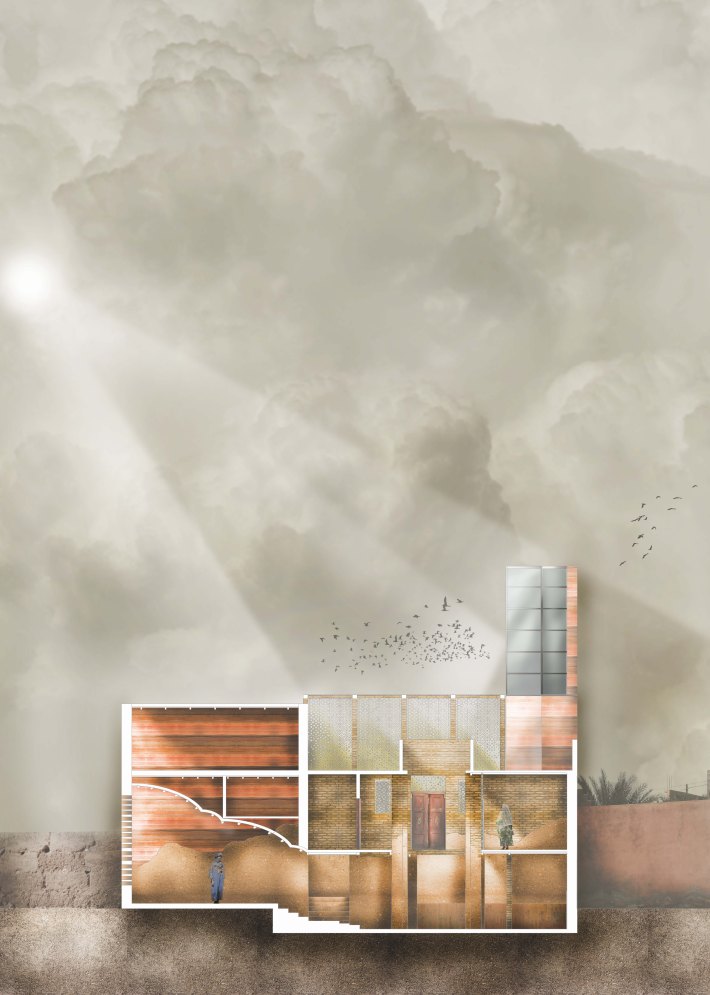 Taking an existing ruin, we intend to restore the space to function as a private residence with an attached quest house. Using passive design strategies, we have designed a solar chimney as part of a thermal stack system, to draw air from outside into the cool heart of the building, through the guest rooms, and out through the chimney.  This is the central strategy used to increase the livability and thermal performance of the structure.

The interface between new and old construction in the project is critical. Short sections of readily available steel reinforcement are inserted horizontally to the existing rammed earth walls where appropriate. This provides a structural reinforcement between the new rammed earth or new brick mortar.

The screens on the western side of the façade are patterned with a traditional mashrabya pattern that has been parametrically altered to allow differing amounts of light into the rooms at different heights. This parametric form can be manufactured locally by distributing the parametrically generated patterns on paper, to be used as guides in the construction process. 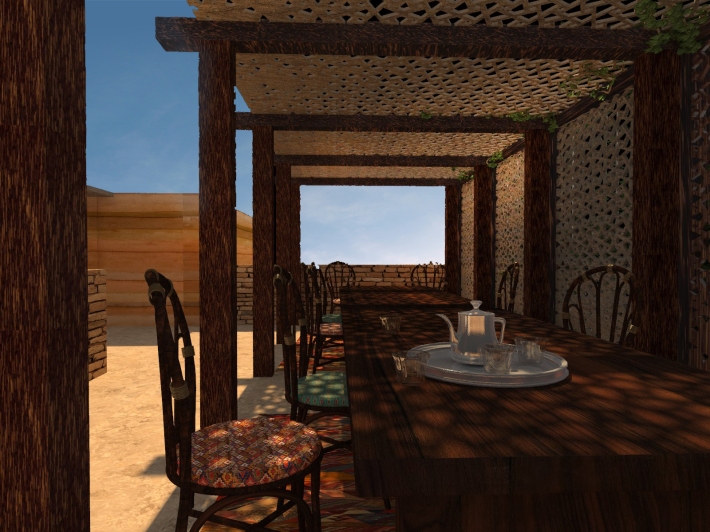 The terrace is designed for guests and residents alike to enjoy the sun. The parametric mashrabya that shields the guest rooms from the last evening sun continues to the terrace level and wraps around to create patterned shading over an eating area.

The only south facing façade of the building is perforated with units designed to let sun into the structure at very specific times of the year – determined by analysis of climate data to maintain a high level of comfort indoors. These windows are easily made by folding or welding steel, and can be integrated into rammed earth construction with minimal impact on the structural integrity of the wall.