Vegetation that survives and benefit their environment, as well as the possibility of desert farming using seawater.

This short text will be touching on two subjects, mainly the lack of fresh water and food in the desert but also soil erosion (desertification) and what plants can be used to help prevent it.

One part that contributes to desertification is the soil erosion, meaning how the soil degrades to the point where it no longer holds the nutrients necessary for plant life to grow and thrive. A possible solution to this is planting trees that actually nutriates the soil again by their ability to fix nitrogen, meaning they release it back to the soil. Nitrogen is particularly important for plant growth and therefore of great benefit for further planting in the area.

Acacia trees have this ability to fix nitrogen and the wood from Acacia trees can be used in construction and for fuel. There is also Acacia species that produce seeds that can be ground to flour or used to make a kind of porridge. The greatest benefit of the acacia trees however might be its role in agroforestry, meaning that it is planted over and next to crops. Acacia trees have reversed leaf phenology meaning that they drop their leaves before the rain-season and the leaves being rich with nitrogen creates great soil for the crops under the trees, and since the leaves are gone the crops still get plenty of sun. This phenomenon can, depending on the crop, result in almost tripling the crop yield. 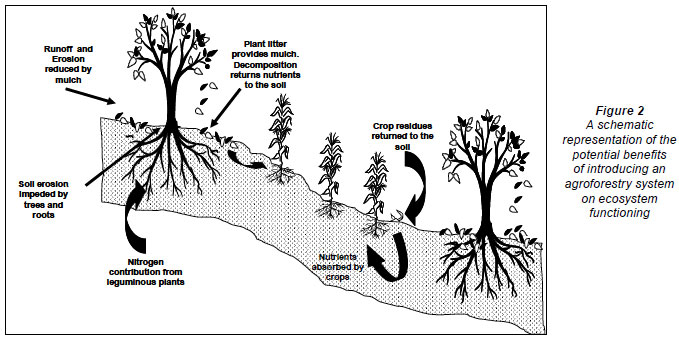 The different plants shown below were chosen because they have all been found in very dry, arid areas and need only a fraction of the water compared to other species. They also have properties that benefit their environment in someway, such as use in construction, enrichment of the soil, food/fodder, etc. It would be preferable to grow Sorghum compared to other more common crops such as corn or wheat, since it does not need that amount of irrigation and fertiliser, but still produce a comparable amount of food. Sorghum as become more popular and in increased demand since it is both rich in antioxidants and is gluten free. So by planting trees and crops we do not only try to prevent soil erosion and desertification but we also get food. However there is still a lack of fresh water in the desert, something necessary to survive but that can also be used to increase farming and food produce as well as to cool down buildings, courtyards, etc. One way to get fresh water, if the site is close to the sea, is to condensate the seawater breeze by leading the hot and humid air through something cold, the sudden tempearature change produces condensated water which can be lead down to collect.

Charlie Paton has in his Seawater Greenhouse project been able to utilise this in order to create a self sustaining greenhouse able to grow crops all year around in desert climate with great yields.

Picture and explaination from http://www.seawatergreenhouse.com/process.html

The air going into the greenhouse is first cooled and humidified by seawater, which trickles over the first evaporator. This provides good climate conditions for the crops. As the air leaves the growing area, it passes through the second evaporator over which seawater is flowing. This seawater has been heated by the sun in a network of pipes above the growing area, making the air much hotter and more humid. It then meets a series of vertical pipes through which cool seawater passes. When the hot humid air meets the cool surfaces, fresh water will condense as droplets that run down to the base where they can be collected.

The cool and humid conditions in the greenhouse enable crops to grow with very little water. When crops are not stressed by excessive transpiration, both the yield and the quality are higher.

The simplicity of the process imitates the hydrological cycle where seawater heated by the sun evaporates, cools down to form clouds, and returns to the earth as rain, fog or dew.

The seawater is pumped up and heated by a pipe with oil that is kept hot by mirrors that direct sunlight towards it. The pumps as well as the fans are powered by solar cells, making the system self providing for everything except maintenance. It was noticed that the humid and cool air that leaks out of the greenhouse generates a better climate for plants to grow outside of the greenhouse as well, both spontaneously and planned. So on days when you have an excess of fresh water it can be used to water the plants outside of the greenhouse.

Think of the possibility to use a seawater greenhouse as a starting point which you can then combine with agroforestry to further develop the surrounding area to prevent desertification. With the greenhouse and farmlands come jobs and the chance to further develop the area into something more or to try to make it work in a smaller scale such as a single household. That could provide the possibility to inhabit areas that before was not possible.