The Problem of Desertification

The What, the How, and the Why?

The exact definition of desertification is, and has for a long time been, under debate, but will in this post be understood, in a very simple definition, as a process transforming relatively dry land into completely arid land. This happens when soil is bared, water or moisture is no longer retained and the soil eventually begins to erode. The fact that this transformation is possible indicates that deserts are not static, i.e. they change over time, and are able to both grow and shrink. Both growth and shrinkage of deserts can be either caused by mankind, be natural, or a combination of both. Drylands, i.e. areas most susceptible to desertification, are quite widespread, covering about 41% of Earth’s land surface, and is home to about 2 billion people, more than 90% of whom are living in developing countries. This proportion gets larger as one looks at increasingly degraded land areas where conditions approach those of the desert. The many challenges posed to those who live in these areas have led to their finding ways to prevent or slow down desertification locally and thereby defending their livelihoods. These populations, however, are still vulnerable to climate changes who, despite the inhabitants’ best efforts, are still capable of turning their soil into desert, eventually forcing a migration from the area.

The Sahara desert is an example of a desert whose extents have changed massively over the course of history. Some research indicates that the desert some time after the last Ice Age, when its extents were larger than in the modern day, experienced a period of plentiful rainfall, swiftly turning large amounts of desert into savanna, enabling migrations of prehistoric humans and other animals into the area. Prior to this, the Nile valley had been the only inhabitable area in the region. This went on for a couple of millennia, until another climate change shifted the area back into desert, forcing its human population back to the Nile valley around the time of the beginning of Pharaonic society.  This was an entirely natural process, where humans “went with the flow”, so to say. That is, they played no part in the processes behind this change. The problems people living in similar conditions in the modern day face are of a different nature. Not only do they have to contend with natural changes in climate, they also pay a big share of the price for our rapid development during the last century, and the effects this human development has had, and is having, on the global climate on a large scale. At the same time, inappropriate or improper agricultural practices, for instance, can increase the rate at which desertification occurs in drylands on a smaller scale.

Today, there are different methods of halting or reversing the process of desertification, some have proven effective, and others are still in the experimental phase. A big problem is that many of the most effective methods are far too costly for farmers in the poor areas making up the vast majority of affected people to implement themselves, because they rely on costly infrastructure and artificial irrigation methods meaning that they can only really be put to use by already resource rich countries in areas such as the Californian desert.

An example of a simpler, more accessible method in use in, among others, the Sahara region right now is the construction of windbreaks, or anti-sand shields, in order to prevent sand from blowing over fertile land, eventually killing off plants and baring soil, which in time would turn it into desert.

In other areas, large plantations of Jojoba trees who provide food for various kinds of animals, and the fruits of which have industrial uses and value, have seen use as a method of desert reclamation. 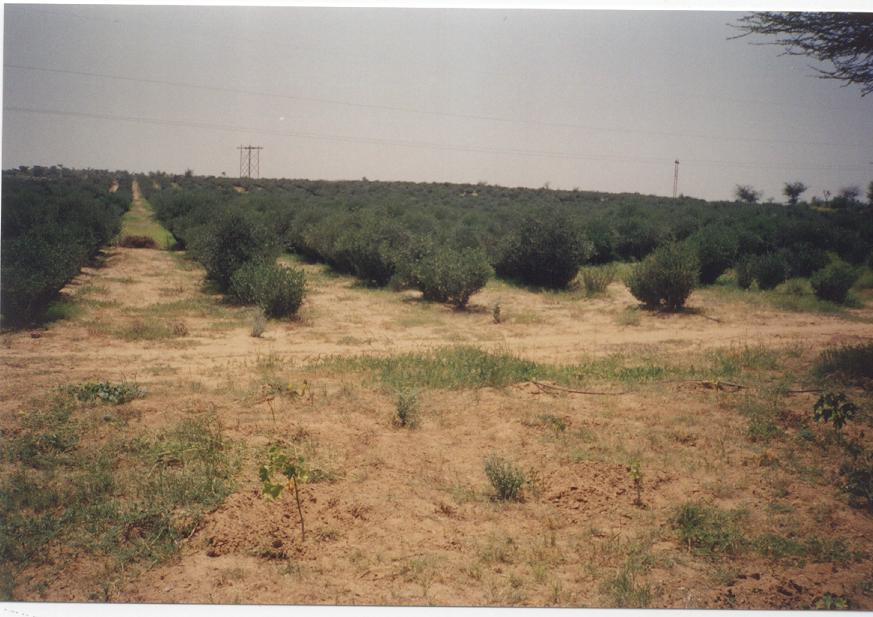 Another method is to “trap” water obtained from precipitation by digging trenches along the contour lines of the landscape, enabling its use for irrigation and stopping it from just evaporating. 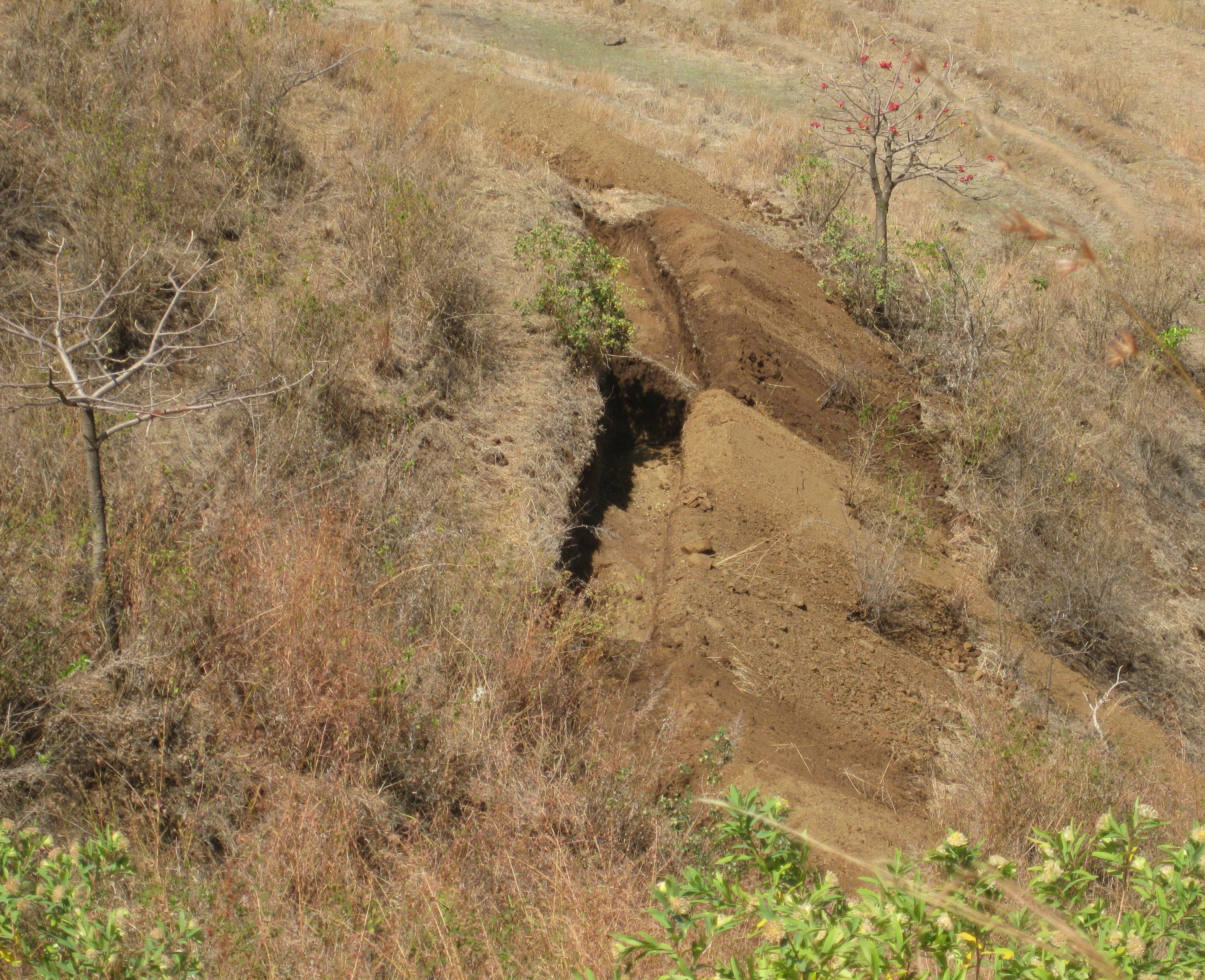 Example of a contour trenchline in India

The simple methods above do have some merit to them, and seem to be based on the old belief that overgrazing was the chief culprit behind desertification. However, a new way of looking at livestock has recently become increasingly popular, with experiments showing that it is possible to completely reverse the process of desertification by mimicking wild herds of old through organization of livestock into large herds and careful planning of grazing patterns. This method has been tested in almost completely arid areas and seen success. The animals have so far only required feeding in lands that were 100% bare. Allan Savory discusses this in greater depth in his TED Talk, and really does provide some hope that we, through relatively simple means, will be able to evade some of the greatest tragedies following the spread of desertification.